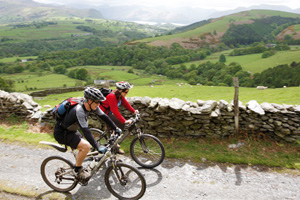 VisitEngland is predicting that posh hostels, musicals and cycling will be the top travel trends for 2014.

Presenting their predicted trends for next year, a VisitEngland report claims expectations for ‘glamping’ to be taken a step further in 2014 with a spate of new and refurbished luxury hostels opening throughout the country.

Next year is also expected to be the year of art, following on from the year of sport in 2012 with the Olympics and the year of culture this year with Benjamin Britten’s centenary. Next year six new British musicals will open in the West End.

VisitEngland said the Bradley Wiggins effect had not yet worn off and the number of people getting involved in cycling was growing. The tourism brand is expecting interest to increase in the UK next year with a cycling tour starting in Yorkshire.

Yorkshire’s Grand Depart 2014 will feature two stages, one from Leeds to Harrogate and another from York to Sheffield before the tour heads between Cambridge and London.

“As such, investment in infrastructure abounds – £160 million will be spent cycle-proofing Britain’s roads, National Parks are investing £12 million in cycle paths, seaside towns are opening up promenades to cyclists and new city-centre cycling hubs are in the pipeline.

“VisitEngland’s own research shows that 25% of us (3.8 million) are keen to go on a cycling holiday.”

Next year will also see Lee Valley VeloPark, an Olympic Games venue, open to the public.