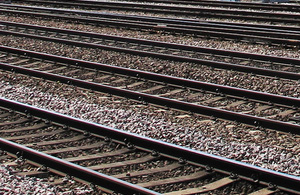 The commitment came as the Department for Transport officially signed the eight-year franchise contract which will see the Stagecoach/Virgin rail consortium pay the government around £3.3 billion.

Inter City Railways aims to reduce all long-distance standard anytime fares by 10%, representing a saving of around £15 for passengers travelling from Edinburgh to London.

The operator will also develop its own website, smartphone and tablet apps to make buying tickets easier.

The company will now start talks with Network Rail and the Office of Rail Regulation to agree plans to run new direct services from London to Sunderland, Middlesbrough and Huddersfield.

Inter City Railways start taking delivery of new Intercity Express trains from 2018. All of the 65 modern high-speed electric trains will be in service by 2020, replacing 39 existing trains.

The new franchise will provide regular journey times of two hours to Leeds and four hours to Edinburgh.

Stagecoach Group chief executive Martin Griffiths said: “Around £140 million will be invested under the new franchise in delivering an improved service and a more personalised travel experience for customers, on top of a whole new fleet of high quality trains.

“While the franchise officially begins in March next year, our team are already planning ahead to build on the strong pride, heritage and success at East Coast.

“In the coming months, we will be working closely with employees and the management team to ensure a smooth transition to the new franchise.

“Stagecoach and our partners Virgin see investing in people and delivering great customer service as key to the future. We look forward to welcoming staff into the Stagecoach and Virgin family and making Virgin Trains East Coast a huge success.”