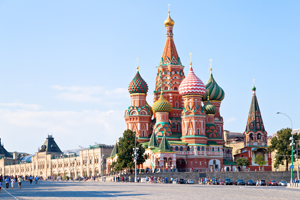 Virgin Atlantic reportedly wants to take over the London-Moscow route from easyJet, according to founder Sir Richard Branson.

The carrier revived its interest after easyJet announced plans to would stop flying to Moscow from Gatwick next year.

Sir Richard told the Russian Sputnik news agency on the sidelines of the UN General Assembly in New York: “We are actually looking at possibly trying to fly to Moscow at the moment because easyJet has just stopped flying, so we are actually thinking about maybe taking their license and flying to Moscow… So that’s possible.”

The budget airline announced earlier in September that it was planning to end flights to Moscow in March 2016 due to lack of demand, instability in the Russian economy and the tightening of the visa approval procedures.

Each country can be represented by a maximum of two carriers under the Russian-British inter-governmental agreement on flights between the two capitals – Aeroflot and Transaero from Russia and easyJet and British Airways from the UK.

Virgin Atlantic lost a bid to easyJet to fly to Moscow in 2012.