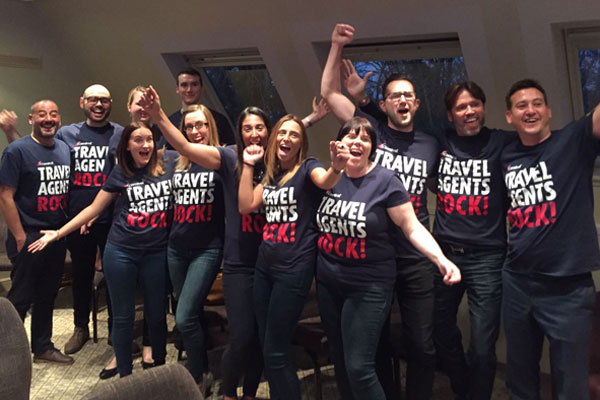 Carnival Cruise Lines has promised to “rock the UK” as it pledges to put travel agents at the heart of its UK business.

The cruise line launched its Travel Agents Rock campaign at the Vineyard in Newbury on Wednesday November 30.

The campaign features a new loyalty rewards scheme, online training programme and a chance for top selling agents during the wave period to win a trip to Ibiza next June.

Speaking at the event, vice president for UK and international sales Iain Baillie said: “Carnival is going to rock the UK, we are going to come rocking on your doors and bringing lots of fun, so let us in.

“We want agents to know that Carnival Cruise Line puts them in the centre of everything we do.

“We have restructured our UK business so that everyone internally will support you more.”

Agents at the event welcomed the new campaign with head of cruise at TravelBag, Kevin Coles, saying the Travel Agents Rock campaign offered a “unique proposition”.

Coles said: “This sends out a clear message that they want to work closely with their trade partners.

“Carnival Cruise Line has always been important to us and it is the lines who put themselves in front of agents that are the winners. Travel Agents Rocks is a winning promise to us.”

The company will also hold Travel Agents Rock roadshows across the country in London, Birmingham, Manchester, Newcastle, Scotland and Ireland.

“The Travel Agents Rock programme is just amazing and will be so good for agents.

“The fact they’re coming to regional places is fabulous.

“Its so hard for agents like us to get to London all the time so for them to come to us or near us is great.”

The top 15 selling agents during the wave period will win a place on Carnival Cruise Line’s trip to Ibiza Rocks, in association with Travel Weekly, in June next year.

Managing director of Cruise Nation, Phil Evans, said: “The Ibiza trip is just amazing and something I know all of my agents will really get behind.

“This is such a great way to help our agents learn more about Carnival Cruise and sell more of the product.”

Tanner said: “The Travel Agents Rock club will be great especially with agents able to earn £10 per point during December.

“Points really do mean prizes and that is what our agents deserve.

“Agents can do all they can when selling cruise, but they need the cruise lines to help them do that. This is now even more possible with the loyalty programme and the online training.”

Carnival will also hold its first ever Rockstar Awards at the end of 2017 to honour their top selling agents as part of the loyalty programme.