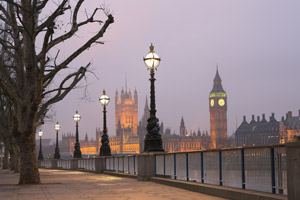 An increasing number of MPs want to see reform in rules protecting consumers from travel company and airline failure.

Nearly two thirds [62%] of Parliamentarians believe that consumer protection should be revised so that everyone travelling is protected from financial loss, according to a new poll commissioned by Abta.

The figure has risen from 54% in nine months and reveals the growing importance MPs place on this issue, the travel association claimed.The finding comes from a survey of 158 MPs between June and July and 151 MPs polled last autumn.

Abta head of public affairs Luke Pollard said: “Our survey clearly reveals that there is growing support in Westminster for increased financial protection in the travel industry.

“Abta is leading the campaign for a comprehensive and workable solution that includes airlines, protects consumers and is fair for the industry and we are clearly gaining ground.

“Now is the time to press our case even more strongly with fundamental reviews of the Atol scheme, Package Travel Directive and Air Passenger Rights underway, so that we finally deal with the elephant in the room, including airlines in a protection regime.”