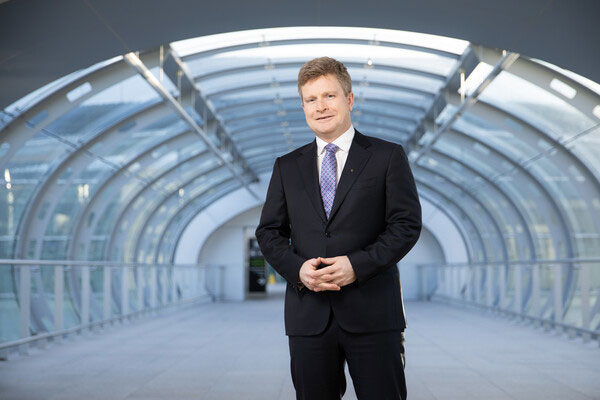 High spending leisure passengers will help provide a “buffer” until business travel picks up again from the pandemic, according to British Airways boss Sean Doyle.

The airline’s chief executive predicted that leisure traffic and people visiting friends and relations will recover ahead of corporate trips.

Speaking at a Eurocontrol Aviation Straight Talk webinar, Doyle said: “How we segment recovery is a matter for debate. In the early stages we’ve assumed that leisure and VFR recover first and business travel lags that.

“We’re hearing conflicting stories. I’ve heard a lot of reports of dissatisfaction with home working and people are very fed up with Zoom and Teams meetings and I can understand why.

“We are also seeing policies which are requiring companies to have people in the office a lot more than people would have expected a couple of months ago.”

He added: “I was talking to a number of accountancy and consultancy firms and they were saying that when they are bringing people into their organisation like graduates, the culture of the organisation is very important and doing that over remote home working isn’t achieved effectively so they want people to work with people and learn by osmosis and kind of learn on the job

“So we do see business activity becoming back in line more with face to face interactions and then we will see business travel recover because people do business with people and not organisations, but exactly what shape that takes, we’re not sure.”

The carrier is “very compelled” by the investments being made is because it has a “very significant” premier leisure segment.

Doyle pointed out that “an awful lot of people who travel in both our premium cabins and our cabins like premium economy are people travelling for leisure or travelling for visiting friends and relatives”.

He said: “That’s been growing over the last decade and we think that will continue to grow and that gives us a very effective buffer if the corporate sector is not recovering at the pace of the other sectors.”

Reflecting on the disruptive impact of the Covid crisis, Doyle said a “new reality” was emerging and he pointed to three key trends.

“The first thing is sustainability. That’s going to be a fundamental part of the aviation operating model. Airlines that grapple with it and have a strong story to tell and make the right investments in sustainability will have a prosperous future.

“Secondly, technology will play an increasing part in how we run the airline in terms of both the insights and data we have but also the way we will be able to curate personalised experiences.

“Thirdly, I do think we are going to have to be pushing the boundaries in new technologies and it will be very exciting to see the transition to new forms of propulsion because I think both the investment and the innovation that will take place over the next ten years will herald the dawn or a new era of how we propel aircraft. It will be challenging but very exciting.”